Mountaineering is not for everyone. But we all think about it from time to time because of the magnificent views we see in NatGeo or movies like Everest, 14 Peaks, and so on. Some of the highest peaks in the world will require advanced skill and equipment to safely trek your route.

And from those movies and documentaries, we know this is not an easy job. It’s fun, but it takes a lot of discipline, learning the skill, and the right accessories.

That’s where crampons enter the picture.

What Is a Crampon?

Crampons are essentially a frame that has metal spikes on the boots. They are used to increase traction when you are climbing on ice or hard snow. Some version of these tools has been around since the early 1900s. The Vikings, Romans, and Celts were known to use similar devices when they had to walk around on frozen lands.

What’s exciting about having crampons on your boots is beyond just the crunchy sound they make, like horseshoes on ice. There’s also the practical application of them being very comfortable and safe when you have to walk on these super cold terrains without the fear of slipping.

If you have an ice axe in your hands and crampons attached to your boots, there is little that can stop you from mountaineering. Of course, we’re not talking about the willpower to get to the summit or the physical stamina.

The frame with the crampons digs into the terrain so that you are stable, thanks to the grip. This works in some of the steepest mountains, so mountaineers never leave them back at home. And luckily for them, there are a few different types to choose from. Let’s take a look.

There are three main types of crampons on the market. They are given these labels based on ratings to help buyers choose better.

These crampons are designed for glacier hiking and winter walking. They are not for alpinism or winter climbing. The C1s have 10 points on them and are the least aggressive model of the three types.

A flex bar connects the toe part to the heel part of the foot. You can adjust the length of the strap with this bar. The C1s are also considered to be very flexible because they fit all types of boots (B1, B2, and B3).

They come with a threaded tether which keeps the entire unit together and secure. There is a binding you need to secure to make sure the tether does its job as intended.

Then there are the C2s which are meant for alpinism and winter mountaineering. These are a bit more aggressive than the C1s, but they are still not meant for the Himalayan terrain or ice climbs.

These crampons also have a binding which is a threaded tether. It connects the toe unit to the heel unit and can be secured with a clip or a lever at the welt of the boot. These crampons have 12 points which give you more grip compared to the C1s. And they also have the flex bar to give you room for adjustments.

These crampons go well with B2 and B3 boots.

And finally, there are the C3s that are, as you can tell, known for their rigidity. These are the most aggressive crampons, and they are meant for high-altitude mountaineering jobs and ice climbs.

They are meant for those who take on the toughest terrains and routes. They don’t have the tethered strap-ons like the previous two models. Since the C3s are meant for highly challenging vertical climbs, they have step-ins that have a clip on the toe unit and the heel unit that attaches them to the boots.

These are meant to be rigid which is why they don’t have a flex bar. And they are compatible only with the B3 boots. These crampons have 14 aggressive points, making them work with ice and mixed routes.

How to Use Them

There are three different techniques—French, German, and American—recommended for those who use crampons. If you are a beginner, you might end up with the French and German techniques.

But no matter which one you pick, your stance should be wider than normal by about two inches. It should be athletic, especially when you are coming down a mountain. Also, make sure your knees are a little bent and a little loose.

The first technique is referred to as the flat foot or the French technique. It is to be used specifically when the slope becomes steeper. You need to ensure that the crampons contact as much snow as possible. So, whenever your foot makes contact with the snow, it should be flat. Hence the name.

You must make sure that the crampons get into the snow and that your foot is well articulated so that the tools engage with the ice or snow well. If you’re going uphill, you want to double down on this approach because otherwise, you will have to balance the edges. That’s not easy to do and might cause you to slip and hurt yourself.

So, pay attention to the way you are walking and make sure the angle matches the slope’s angle. This becomes even more important when you are duck walking or ascending.

The second technique is called front pointing or the German technique. This one is a bit more advanced and is used when you are ice climbing and the slope is more than 45 degrees steep.

You need the two points on your toe plate to get connected. You need to kick them when you get on a slope for them to get into action.

The third technique is called the hybrid or the American technique. This is for steeper terrain where flat footing stops being as efficient or easy or secure. And at this point, front footing can get tiring. So, you use a combination of the two to make it through.

In this one, you have four tines in the front that you must engage. You do that by kicking into the slope with one foot. Then you duck walk with the second foot so that the flat foot technique ensures that all the tines on this foot are engaged and you have a grip.

So, you engage different techniques on both feet to make sure you have maximum grip. It also gives you the chance to rest after a step.

Mountaineering is very exciting but also risky. You need the right accessories, and you need to know what you’re doing before you hit the actual terrain. Crampons are a critical part of that. And now you know how to work them too. Happy adventures! 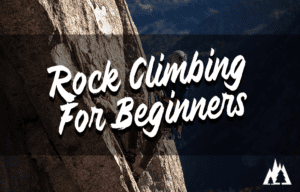