Bass spawn during early spring and summer, i.e, generally between April and June, or in later winter and early spring, i.e, between December and April, depending on if they’re the northern or southern population, respectively.

This means that water temperatures above 60℉—generally between 65 and 75℉—are ideal conditions for bass to spawn.

Largemouth bass will begin spawning activity in the spring whenever the water temperature rises to about 60°F(15.5°C). Courtship behavior precedes actual egg laying, so the exact spawning temperature will depend upon the duration of courtship, time for “building” a nest, and the rates of temperature change while these activities are underway.

Vagaries of weather may start and stop the spawning sequence as temperatures are warmed and cooled. Observations in the wild and at fish hatcheries indicate that temperature is a key factor (particularly days of rising temperatures above 60°F), but that precise definition of a “spawning temperature” isn’t realistic.

Most studies cite 66-68°F (18,9- 20°C), however. The species has been reported to be self-sustaining in Puerto Rican reservoirs where water temperatures do not cool to these levels, but average about 78°F (25.5°C) throughout the year (Robbins and MacCrimmon 1974).

Once the water hits the ideal temperature and stabilizes there for at least a couple of days, the males start building nests, and the females bide their time until they lay their eggs, waiting for the males to finish building the nests and for the water temperature to hit 65℉ or higher if it hasn’t already.

Spawning months can vary depending on weather patterns, length of the season, and where you live in the US. Some years see colder, longer winters, which could delay the spawning period, and vice versa. GuideFitter’s spawning map illustrates the time of year when spawning starts based on the geographic location below:

Largemouth bass are extremely popular gamefish, but since they’re constantly on the move through the seasons, they can be quite a challenge to catch.

However, the great thing is that though they keep moving, they follow the same schedule every year, visiting the same spawning grounds, summer cooling spots, and warm winter waters at pretty much the same time every year.

Therefore, if you know a bass’s schedule, your chances of a pretty good catch are quite high, but more importantly, you can also make an informed decision on when you should and shouldn’t be fishing for bass.

One of the most important (and controversial) fishing periods for anglers is the bass spawning period. However, it’s not always easy to figure out when bass spawn, as spawning depends on a range of factors.

A possible indicator of the spawning period, though, is the temperature of the water—bass spawn only at certain temperatures.

Whether you want to fish for bass in their spawning period or avoid it or you were simply wondering at what temp largemouth bass spawn, here’s all you need to know about bass spawning and at what temperature they spawn.

Understanding a bass’s life is quite easy if you split it into the pre-spawn, spawning, and post-spawning periods.

After the lean winter months, which they spend in deep waters and coves, largemouth bass starts feeding and building up their energy reserves to prepare for spawning. Any weight lost during the winter months is regained and the migration to warmer waters starts.

During this migration, the bass make periodic stops for feeding at isolated spots, before settling in shallow, warm areas.

Spawning is the next phase, which happens as soon as the water hits the ideal temperature.

It should be noted, though, that if the temperature drops from the ideal (which can happen even overnight in water bodies), the bass will retreat to a deeper spot in the water body (usually only 5 or 10 feet away from their chosen spawning spot, though) and wait it out till the water becomes warm enough once more.

It’s helpful to remember that not all bass spawn simultaneously; some choose to keep moving. However, the bass that you find in shallow, warm areas are definitely spawning; you can find the others in a deeper section of the water body.

If you’re fishing in the spawning bed itself, you’ll find large females moving up and spawning, though this is only for a short period; females quickly spawn and retreat to the edges to recuperate. In their absence pre and post-spawning, it is the smaller males that protect the spawning bed.

Largemouth bass spawn only once a year, but they can spawn more than once in a season.

This can happen in a couple of instances.

This leads to multiple subsequent rounds of spawning in the season.

Bass also spawn in multiple nests with multiple partners, dividing their eggs between these nests (generally, a maximum of two nests).

Sometimes, if the weather and temperature conditions remain ideal, bass can continue to lay eggs even one month after their usual spawning period.

Once temperatures stabilize, the bass will start migrating to deeper waters once again.

Where Do Bass Spawn?

Spawning beds can be found in the water body’s most shallow, sheltered, and temperate areas, with some sort of protective structure as cover (such as bushes and trees) to keep away predators and temper extreme weather conditions.

Largemouth bass prefer shallow waters near the shoreline, with the water depth generally ranging from 1 to 4 feet, for their spawning beds.

Shallow water presents quite a few advantages to the bass—these waters warm up quickly and are rich in food for both the bass and the hatched offspring. Additionally, larger predators generally stay away from shallow areas.

How Many Times Do Largemouth Bass Spawn?

Largemouth bass spawn only once a year, but they can spawn more than once in a season.
This can happen in a couple of instances.

This leads to multiple subsequent rounds of spawning in the season.

Bass also spawn in multiple nests with multiple partners, dividing their eggs between these nests (generally, a maximum of two nests).

Sometimes, if the weather and temperature conditions remain ideal, bass can continue to lay eggs even one month after their usual spawning period.

One of the most important factors contributing to spawning in largemouth bass is water temperature; even if the weather and seasons don’t cooperate, ideal water temperature is sufficient for female bass to start spawning.

Ensure that you handle the fish carefully and safely, releasing it slowly near its nest once you’ve quickly taken pictures of your trophy and enjoyed the win, and the fish will be okay even if you’re fishing them during their spawning season. 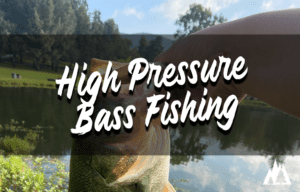 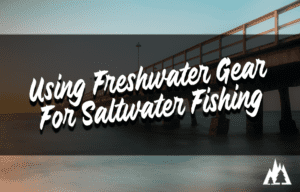 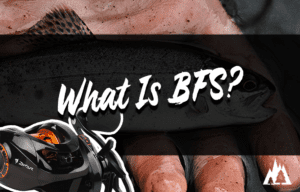 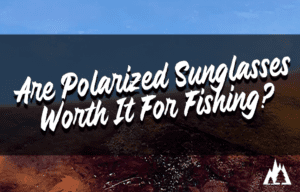 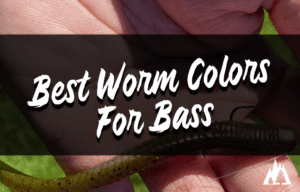