A walk or hike with your dog is a great activity and one of the best ways to experience nature. But connecting with nature can bring with it encounters with wildlife, including bears, which can be thrilling but dangerous too.

It may be worthwhile to remember that just as you don’t want an encounter with a bear, they don’t want one with you either.

Taking a few precautionary measures and following some tips can help you and your pet canine avoid dangerous encounters with black bears and allow you to enjoy the outdoors to the fullest.

Typically, when a bear is in its territory or has ventured into your yard looking for food, the biggest problem for the bear is an unleashed dog. A dog may both attract and keep bears away.

When a dog smells the presence of a bear, it will alert you about this, which can avert a possible encounter. Further, when a bear wandering near your home or campsite hears a dog barking, this can discourage the bear from approaching.

But the problem is that when an unleashed dog chases a bear into the woods, it can turn back and lead the bear to the trail or the campsite, right back to you, where the bear can attack you or the people around you.

In this article, we’ll discuss all the information that is important to know about what to do if you encounter a bear with your dog.

Bears are generally wary of humans and avoid any type of close encounters with them and bear attacks are very rare.

Typically, a bear will attack to defend their cubs or food. Violent bear attacks are very rare and usually occur only in remote areas where bears don’t have any exposure to humans.

An understanding of bears and their behavior is good to know because this can help you in case you are out on a hike with your dog and you happen to meet a bear on the way.

How to Avoid an Encounter between Your Dog and a Bear

Humans, as well as bears, are active in outdoor spaces all year round. Often bears can be seen around places that have plenty of food, such as berry patches, or in cool, shady areas where they can rest, such as water sources.

Bears also use the same forest paths and trails as humans and if you’re walking on one of these paths with your dog and encounter a bear, then here are some tips on what you can do to prevent an encounter between the bear and your furry canine:

When hiking with your dog, if you do encounter a bear, here are some rules that you can follow to ensure that both your dog and you escape unharmed:

Are Bears Afraid Of Dogs?

There are many reasons why bears are naturally afraid of dogs. Bears are aware that a dog is associated with humans and therefore may pose a threat. A dog’s bark can also startle a bear and aggravate it. In addition, dogs are much faster than bears and can easily outrun them. For these reasons, it’s not surprising that bears would want to avoid contact with dogs whenever possible.

Yes, a dog’s sense of smell is 10,000 – 100,000 times better than humans and can detect and alert you of a nearby bear before you even know it’s there. Bears have a very keen sense of smell as well, and can often smell a dog from miles away. For this reason, bears are often afraid of dogs because they can detect them long before the bear is aware of their presence.

If you’re out hiking with your dog in bear country, always follow the rules. But it is best for you and your pet to avoid a bear encounter in the first place.

And we hope that after reading our guide, you have all the information you need to keep both you and your canine safe when camping or hiking. 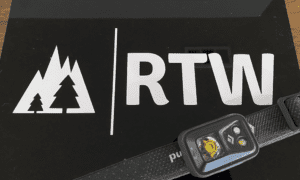 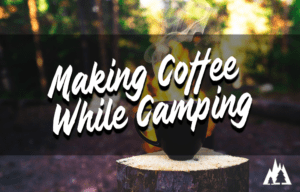 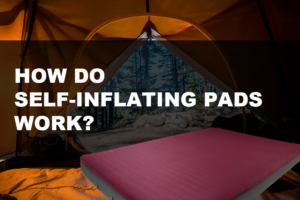 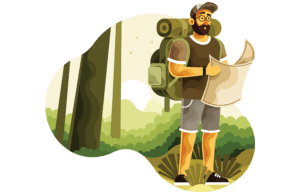 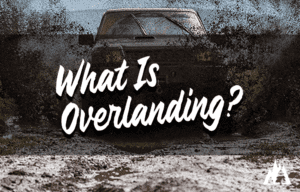 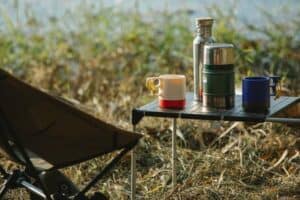